The winner takes it all

This year has been one of the most transformative in our history as a company so far, not only have we seen major client wins from the BBC and Red Bull, and the team nearly double in size – we also undertook our largest project yet, and were rewarded with a C&IT award for our efforts!

The Winner Takes It All 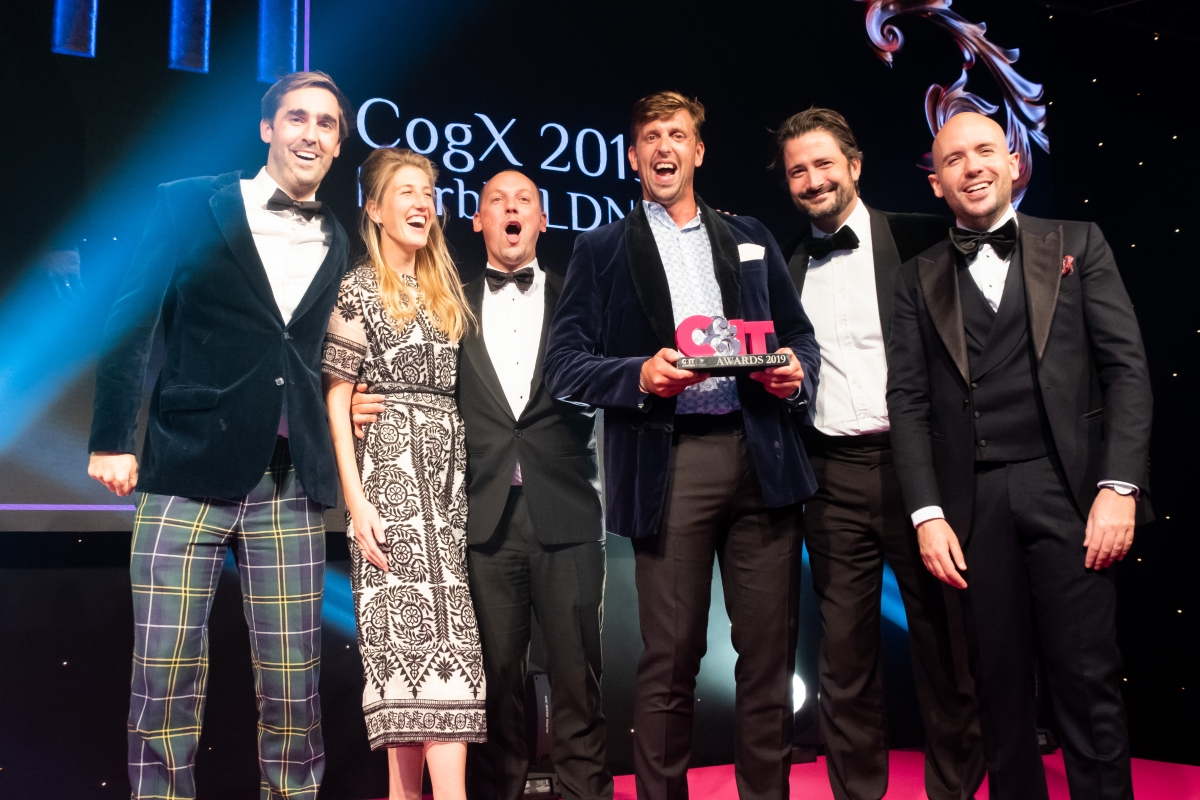 We’re so thrilled to share that we took home C&IT’s ‘Technology and Telecoms Event of the Year’ award for our role in CogX 2019 – our very first Marble LDN award (of many we hope)!! We’re so incredibly proud of the team, CogX was the largest technology festival in the UK and largest AI festival outside of China – an impressive accolade and event to be a part of.

We designed and produced the entire festival, which included fitting 12 purpose built stages (we designed and built all bar one) across the new and open 67-acre site in Kings Cross last June. Kicking off London Tech Week, CogX was opened by the Mayor of London, Sadiq Khan, and opened its doors to 20,000 attendees from 98 countries, over the 3 days. We were also tasked with producing the sponsor areas for all except one, including Google, HSBC, 2030Vision, Accenture and QuantumBlack. In total, the 2019 festival was more than four times bigger than CogX 2018 – a feat which we relished and turned around in just 3 months.

The event was of course a huge success, driving a significant amount of attendees, awareness and education around emerging tech, and a large amount of coverage in the national press.