The Wood Store is a pioneering social enterprise in Brighton that recycles waste timber destined for landfill while helping some of the most vulnerable members of the community. We spoke to manager Steve Bannatyne to find out more.

“We’ve been called gipsies and scavengers,” says Steve. “We’ll pick up even the nastiest piece of timber and turn it into something beautiful.” Founded in 1998, The Wood Store was the first social enterprise in the country to collect waste timber for reuse and recycling, a scheme that has since grown into a nationwide community of 28 franchises and celebrates its 20th anniversary this year.

“Initially we would go out to building sites and collect waste timber, which we would then turn into products to sell,” he says. Then we started to charge big contractors to collect their waste wood, sort it into viable timber and sell it back to the public. We’re now into shop fitting – all using reclaimed wood. We have nothing going to landfill and salvage thousands of tons of timber every year.” 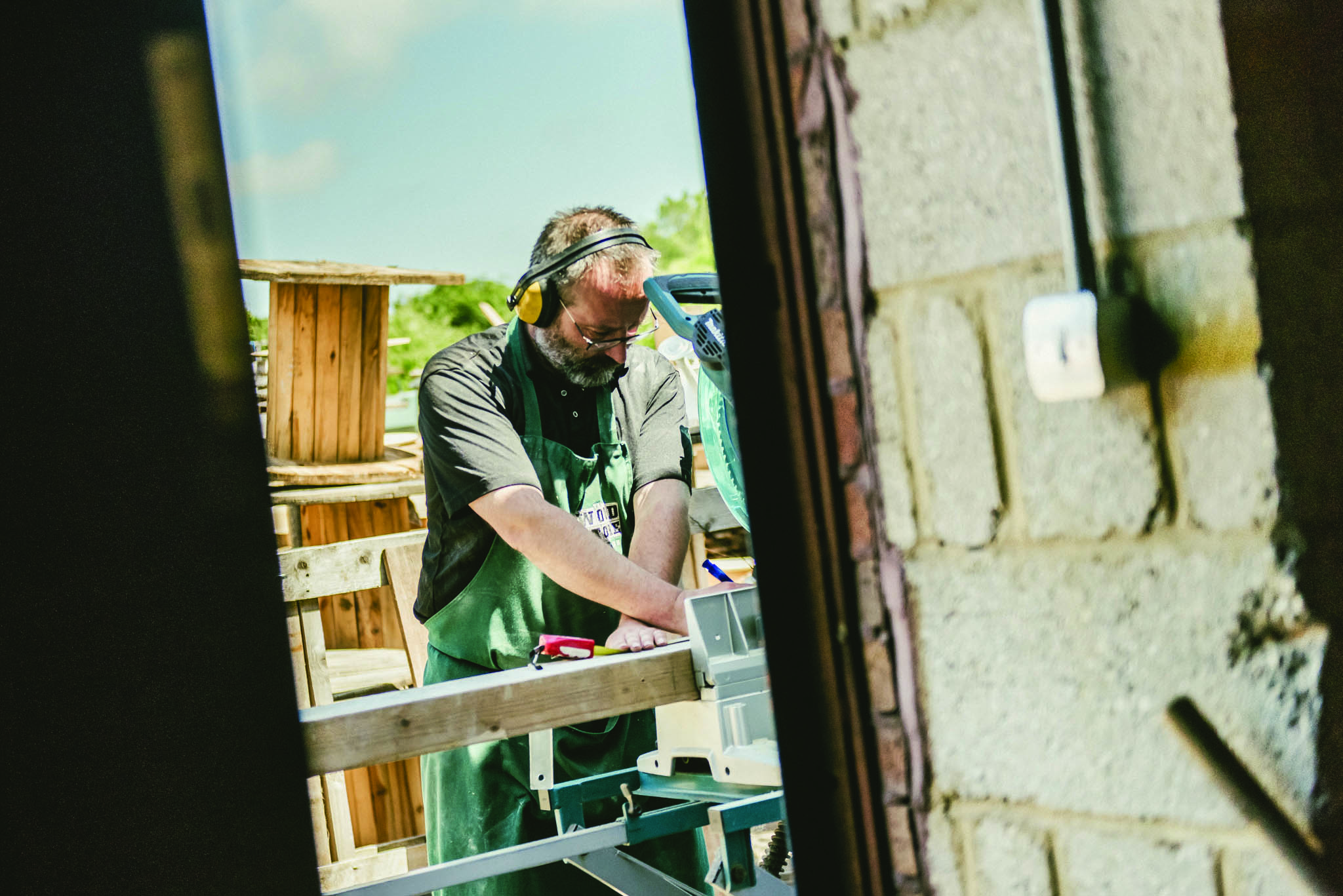 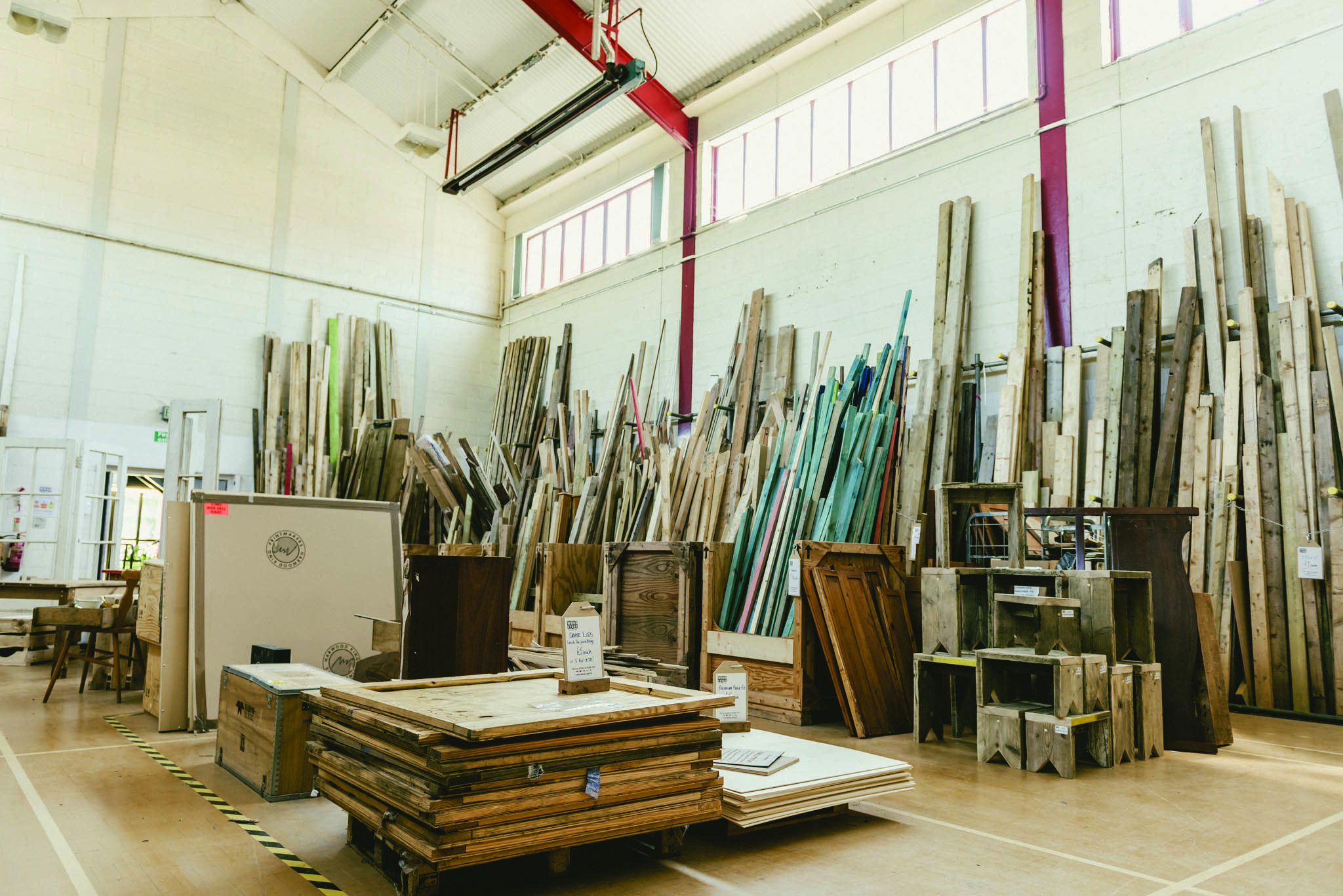 Today the Brighton outpost is a multifaceted platform spread across three sites that include a large factory where higher-end pieces such as tables and furniture are made, a volunteer workshop and a fabulous new store in Portslade designed by Steve and his team. A social enterprise with a special difference, The Wood Store is instrumental in getting disadvantaged members of the community back into employment.

Steve says: “We work with people with health problems or drug addictions on a voluntary basis to help integrate them back into work. They can be with us for anything from a couple of months to a couple of years, learning how to communicate and how to get back on their feet. We give them the chance they need.” 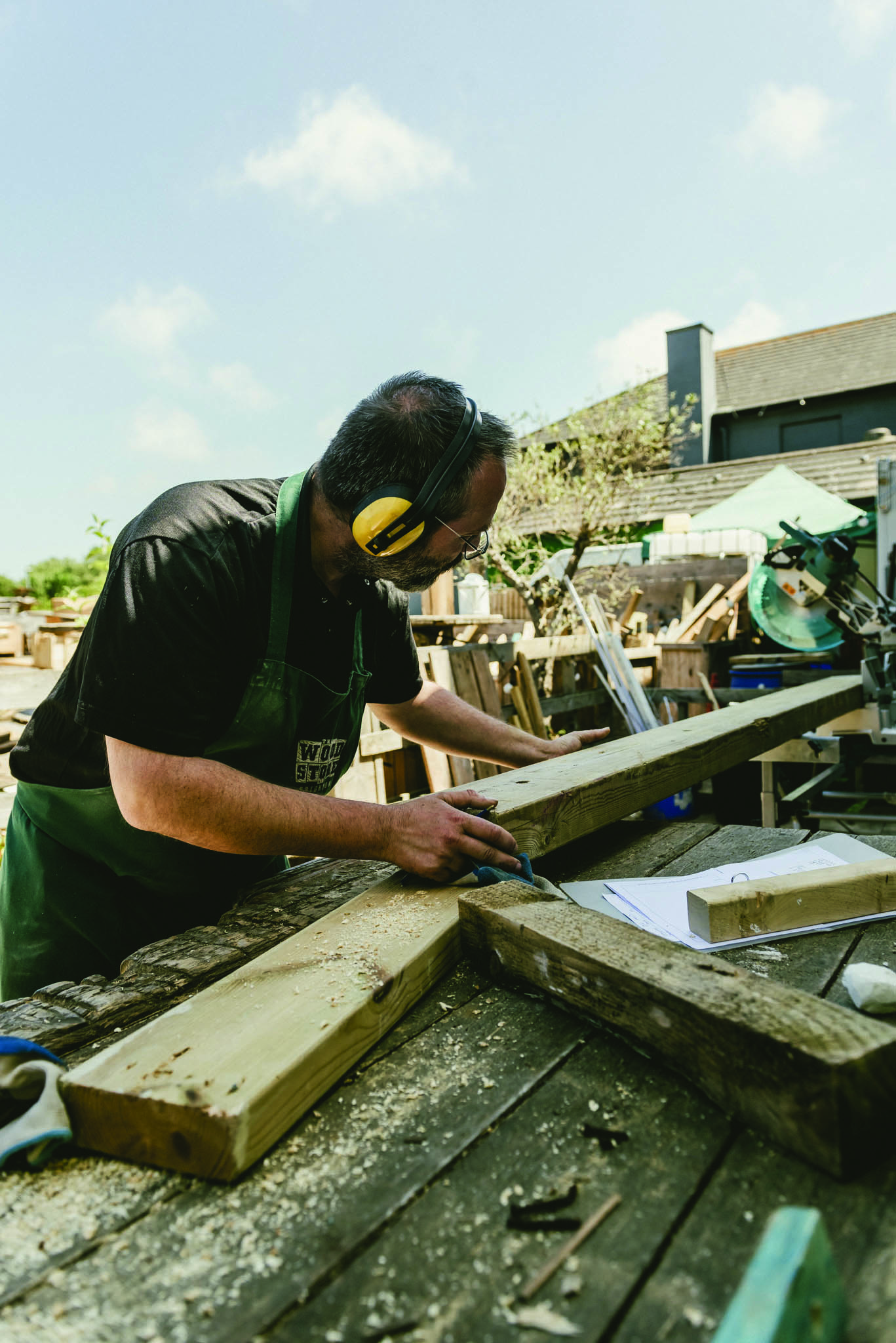 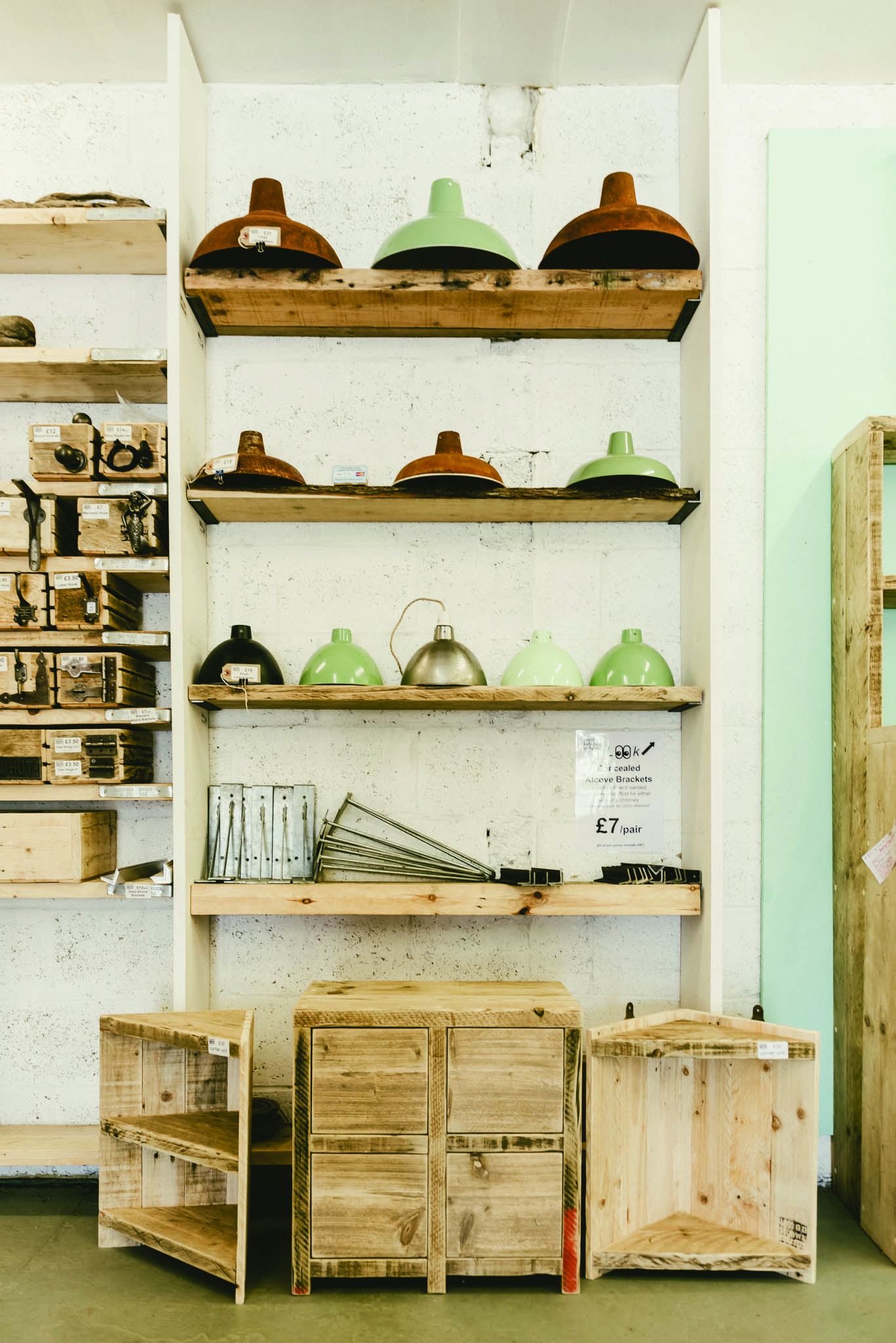 Volunteers who do really well in this scheme are the first people to be offered full-time roles within the business.

“Currently I’ve got nineteen employees and the vast majority are ex-volunteers,” says Steve. One example is Kieran.

“Kieran is a posterboy for the project. He was homeless and in a really bad way when we met him. He’s put everything in his system possible and was coming off methadone when he started working on our vans. We didn’t know this at the time but he was so desperate to get a job that he walked miles to work everyday. With his first pay packet, he bought a bike so he could cycle here.

He really improved his life and managed to get out of social housing to find a house share. Sadly he’s recently become homeless again but we remain positive about his future.”

The Wood Store also works with volunteers who don’t have any issues, as well as people looking for a career change. It’s a business built on local people. “We always rely on the heart of the community,” says Steve. We get involved with schools and open our doors every weekend, running workshops at cost. This is where we talk about recycling and social responsibility, and let people have a go at making something themselves.”

Part charity, part business, The Wood Store has proven itself to be a shining example of how to create a company with a conscience. However, there is still work to be done.

“I want to make us more than a business that exists,” says Steve. “I want us to expand and succeed, to make more jobs and tell more stories. Since I joined I’ve taken on seven extra people and I’m pushing the boundaries in terms of what we’ve achieved as a business. It’s not easy but we’re getting there – and now I can sleep a bit better at night because I’m trying to make a difference.”