Marble’s Chief Content Officer – Patrick Keogh headed to The United Nations General Assembly (UNGA) Climate Week in New York back in September. Here are his takeaways and highlights from this impactful event. 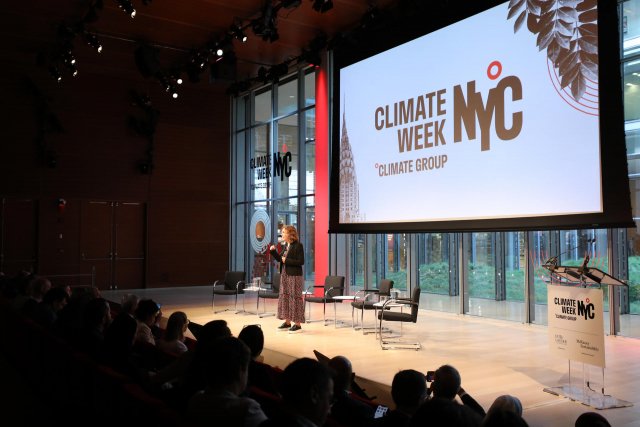 We need to do better

I was asked to write a piece about my experience of being in New York for UNGA Climate Week and the more I thought about it, the less excited I got. The right words escaped me. And words really do matter – perhaps more now than they ever have. It’s not that being in New York wasn’t an amazing experience on some level. There’s an undeniable energy to the city; something visceral, creative, and exciting about being in what feels like a living albeit slightly gasping organism. And yet I was struck more than ever by the extremes of wealth and poverty – the upscale glamour offset by the poignant levels of homelessness. New York felt divided and unfair – expensive, dirty and bloated to the point of outrage. The irony of New York being the host city for an urgent conversation about the climate wasn’t lost on me.

But enough already. Walking to Goals House with my PlasticFree hat on for the opening event of its Climate Week programme gave me hope. The coming together of innovators, creatives, public figures, business leaders, activists and entrepreneurs is a special alchemy and definitely where change and radical reinvention can happen. For me, the highlight of this session was delivered by the inspiring Ecuadorian Activist, Helena Gualinga. She spoke so movingly about the fight of her people, the Kichwa Sarayuku community, who have protected the Amazon for generations against exploitation and extraction by the fossil fuels industry. We should honour people like Helena and her people for their resilience, for their sacrifice, for their uncompromising commitment. They share a reciprocity with the land, a respect for nature, that most of us have long forgotten and urgently need to rediscover. Her words were a rallying call for us to do better; a wake up call to the crazy mess we have created for ourselves by choosing petrochemicals some 200 years or so ago to fuel much of our energy and materials needs. We chose poorly and the repercussions of these decisions may still be fatal for humankind. Only time will tell whether we have the pluck, resolve and humility to change our ways. We need bold and fearless leadership now more than ever to pull us back from the brink. But where have all the leaders gone? 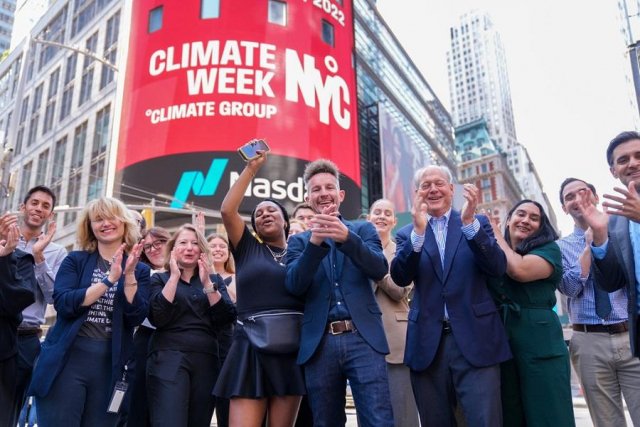 But enough already. It’s NYC in September and how lucky am I to be here in the city that never sleeps. Next stop, Wall Street (of all places) not to meet Gordon Gecko but instead one of the city’s coolest creative agencies, Base Design. And I felt alive again with hope. Creatives have the power to influence so much of our lives, so much of what’s round the corner. Because if you think about it for less than a minute, what in our day to day lives doesn’t start with design and creativity? The answer: nothing. And that’s why PlasticFree is going to change the world – by empowering 160m global creatives to think, design and, ultimately, adopt the coolest, most exciting, most scalable toxic free materials; transitioning our society away from a dependency on plastic. Base immediately got it and, not only that, they did what all the best people do: they said “how can we help?”. The next thing we know, we were introduced to other pioneering agencies in the city, as well as the prestigious Parsons School of Design. Collaboration is everything and when good people come together with generosity, purpose and intent, everything feels possible.

And that’s ultimately the message from Climate Week that resonated most loudly: collaboration is everything. As a Partner at Marble, I am pro gatherings, pro live experiences, an advocate for being in the room and bringing people together. But I saw it in New York from a different angle and realised that if we want to fix our broken system, having the smartest, most diverse, most optimistic group of people in the room is the only thing that matters. It’s where plans are made, where actions are determined. It’s the silver bullet. And businesses are key. What if businesses around the world came together and showed the type of intentional leadership our society lacks and our planet so desperately needs? I believe that’s so exciting.

So in summary if you take anything away from these musings, let it be these: we have to take the initiative and come together. We have to call out those enabling the fossil fuels industry and hold them to account and that includes, in the words of the UN Secretary General, “the massive public relations machine raking in billions to shield the fossil fuels industry from scrutiny”. We need to embrace the exciting potential of transitioning from a broken system to one which supports people and planet in equal measure; one built to sustain life, not put life at risk. And finally, we need hope. In Greta Thunberg’s words” “Right now, we are in desperate need of hope. But hope is not about pretending everything will be fine. To me, hope is not something which is given to you, it is something you have to earn, to create. It cannot be gained passively, through standing by and waiting for someone else to do something. Hope is taking action.” Let’s take action – together.