Music can bring a brand to life, catapulting it out of the shadows through the release of fresh and on-point musical content for target consumers to connect with and cherish. This tactic for strengthening a brands identity is often an underutilised tool, but it is already being used by a number of forward-thinking brands who are reaping the rewards.

Pablo Wansbrough, Senior Account Manager for Marble Music, has listed some of his favourite collaborations of recent years below.

This collaboration between the New York-based rapper A$AP Rocky and Courvoisier Cognac saw A$AP become brand ambassador for Courvoisier in their Honor Your Code campaign, which celebrates influences and decisions which guide your life. A$AP starred in a photo shoot as well as a short film on the making of the Honor Your Code content, whilst also partnering on further link ups and collaborations as part of the brands campaign. A$AP’s musical style and personal ideals embody the same progressive ideals and bold artistry on which Courvoisier was founded, making him the perfect artist to resonate with younger demographics of people as well as to connect with their existing audience who idolise the rapper.

Starbucks’ partnership with Spotify is a great example of how music was used to give their loyal customers a fun and playful experience in a creative and untapped manner which solidified their relationship with their demographic. Spotify’s streaming service was integrated into Starbucks’ mobile loyalty program, My Starbucks Rewards, which has 10 million users. The Spotify integration allowed customers to curate their own in-store playlists to be played in real Starbucks stores. Customers could then continue to listen to the playlists once they had left the premises, encouraging active participation and engagement with both brands whilst subconsciously bringing Starbucks to the forefront of each person’s mind when re-listening to the tracks they had selected for their playlists. 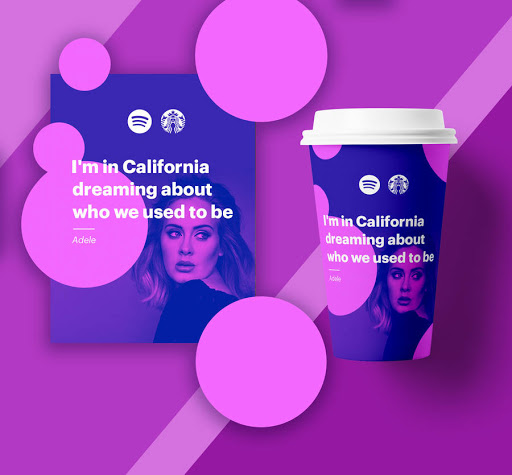 Jägermeister is a great example of a brand who has identified the strong links and bonds between music and its target audience. The JägerHaus is a fully branded, immersive and mobile venue for people to hang out in whilst listening to incredible music. The JägerHaus has appeared at a number of UK festivals booking over 250 music acts since its launch, including great artists such as Metronomy, Rag ‘n’ Bone Man and Elder Island.

Through this activation, Jägermeister have found a great new avenue to bring their brand culture to life, making the Jägerhaus a fun festival getaway, which at the same time is exclusive as it usually hits full capacity. Don’t miss out on this on-point brand experience if you come across it at a festival! Check it out below: 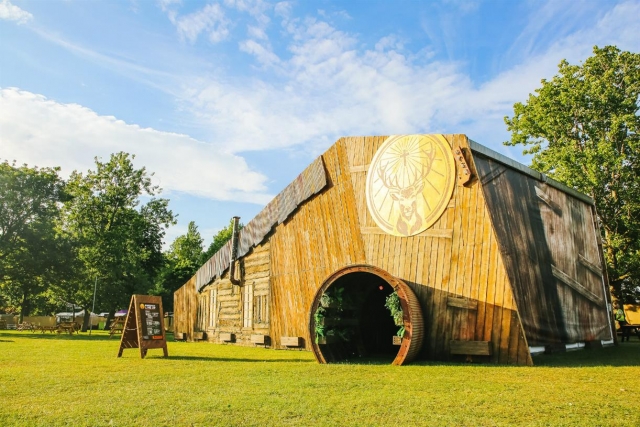 Puma and Paul Stanley have now teamed up on sneaker collections on a couple of occasions, showing the great success of their collaboration. Paul Stanley is a music and fashion icon best known for performing in his wild black and white makeup with the band Kiss. What struck us about this collaboration is that not many fashion brands have teamed up with hard rock legends like Stanley, and we think the choice of artist couldn’t be more onpoint. Stanley dominated the glam scene in the 70’s and 80’s and has remained a rock legend till this very day.

Throughout this collaboration, he worked very closely with Puma’s in-house design team to incorporate as much of his rockstar persona into the shoes, which fittingly include eye-catching animal prints and glam rock inspired details. Fashion and music partnerships can be extremely powerful due to the strong connection between people who delve into both of these creative arts, hence why we think Puma has smashed it with this on-going partnership. Check out some of the sneakers below: 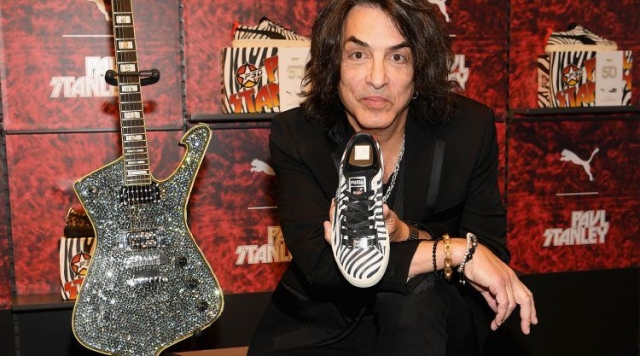 Last but by no means least we have the more recent collaboration between Just Eat and Snoop Dogg, hailed as the biggest collab of 2020. I would be surprised if you haven’t had Snoop Dogg’s jazzed up version of the Just Eat tagline stuck in your head at some point throughout the last year. Through this collaboration Just Eat have reinvigorated themselves as the cool, fun and playful alternative to its competitors Deliveroo and Uber Eats. Snoop Dogg is an incredible artist who also brings a certain swagger and comedic value, making him the most effective rapper to deliver a project like this.

The adverts have brought people joy during an extremely tough year, and this collaboration has been one of the most talked about amongst the media and consumers. Furthermore, this short collaboration will create a long term link in consumers minds, as whenever they hear other Snoop Dogg tracks in the future, they’ll subconsciously associate these to Just Eat. A powerful collaboration at a seminal point of business for the brand. Check out the original advert below:

These music and brand partnership examples are all a testament to how effective and versatile the use of music and sound can be to impact upon markets – if used optimally. Their success showcases the manner in which brands are able to connect with their consumers via music, bringing to light and strengthening brand values that aim to target audiences through additional narratives.

Through music, these brands have gained a new voice for them to communicate their brand identity. Not only that, but this new voice is one of the fastest tracks to people’s hearts and minds, impacting people on emotional levels that will foster the brand to consumer relationship into the future.