Marble’s COO, Emi-Rose Perez-Fragero was on site at the latest flagship conference for Founders Forum, which reunited technology leaders, investors & entrepreneurs to forge connections and accelerate a positive impact in the world of tech. We hear her reflections on the day’s events. 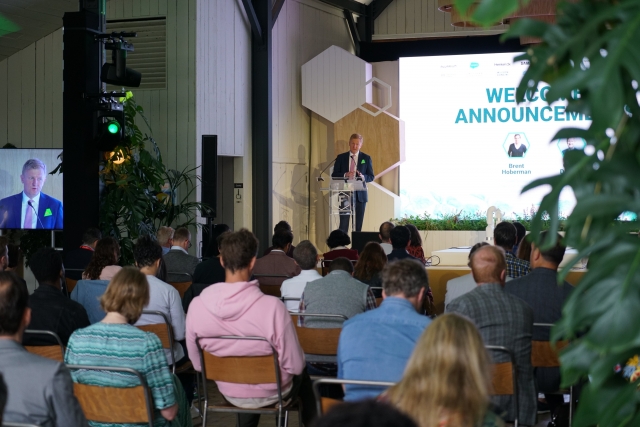 It’s always hard when running a business to stop and take a moment to celebrate big milestones and achievements, because you are always thinking about the future. What do we need to do next? How are we going to get there? What we haven’t done? What can we do better? The internal berating, striving to improve, and to-do lists is endless. However, what has stuck in my mind from when my fellow founders and I were doing our early years of business coaching was the importance of goal setting. Not only do they give you direction but they also set natural milestones where, upon reaching that goal, you should take the time to celebrate getting there and to take stock of the big moments. Today, was one of those days. 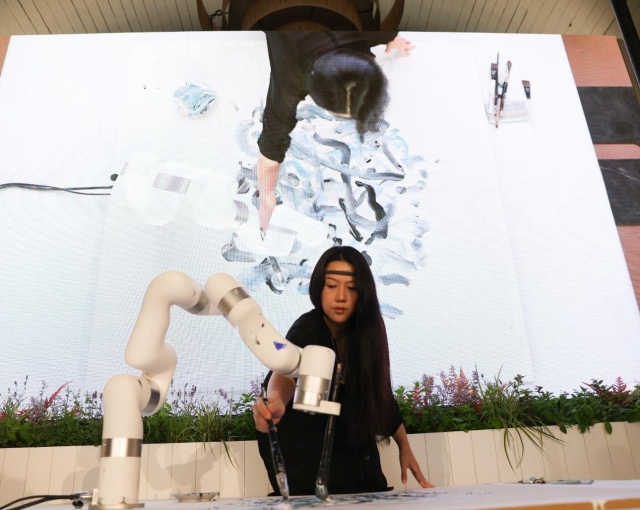 I’ve just come off-site from Founder’s Forum 2021 an event which gathers inspiring founders, global leaders, entrepreneurs and senior investors at international tech hubs. Described by the Guardian as “something like the Davos of tech but set in home counties” . We’ve worked with Founders for four years now, so it would seem strange to pick their annual event as a large milestone. Considering that in usual times we average over 60 experiences a year. However, it was for a multitude of reasons that I felt a goal was reached today. 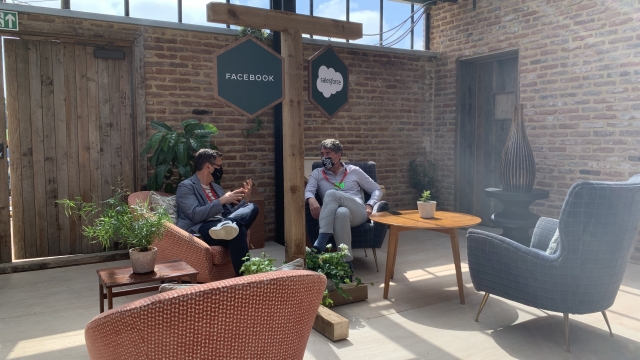 Firstly, it was Marble’s first large event on UK soil since March 2020, as a business owner, in one of the hardest hit industries, the past year has been brutal. We’ve been fortunate enough to weather the storm unlike many contemporaries, and so to be at a (hybrid) event, in the physical, is a milestone alone to celebrate. What a way to kick off.  As Sam Shead from CNBC wrote, “Hundreds of the biggest names in European tech rubbed shoulders with politicians and wealthy investors…Google’s Matt Brittin and Salesforce’s Zahra Bahrololoumi, the European bosses of the Silicon Valley heavyweights, showed up, as did the general manager for TikTok in Europe, Rich Waterworth, who previously ran marketing for YouTube on the continent.”

To be in a space with some of the UK most active angel investors and figures such as David Cameron, ex-Finance Minister George Osborne, and the past and present U.K. tech ministers: Ed Vaizey and Oliver Dowden, respectively. Listening to the creator of the Oxford Vaccine, Dr Sarah Gilbert and General Partner of Google Ventures, Tom Hulme talking innovating and scaling quickly, or listening to “talks on everything from existential risks that threaten to wipe humanity off the face of the Earth to hiring top talent in artificial intelligence” (CNBC) was inspiring to say the least. 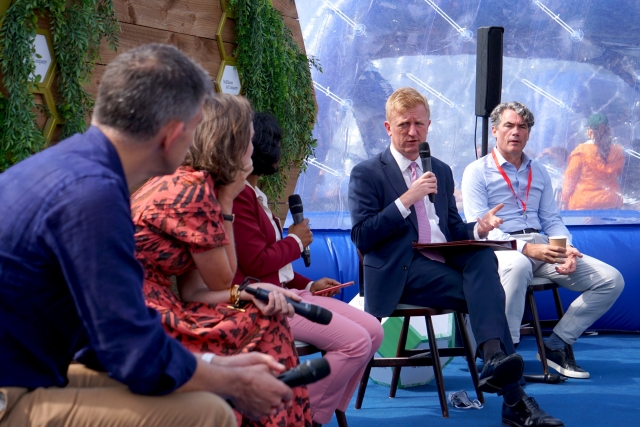 Secondly, it wasn’t a usual event, but it was an event taking place in Stage 3 restrictions organised under an extreme amount of regulations, all of which are new to our industry. Alongside the usual strict health and safety measures all our experiences have to adhere to, today’s was layered with government protocols ramping H&S up to the highest degree. Today was a testament that anything is possible if you surround yourself with a team who all want to work together and achieve a common goal. Lateral flow testing, groups of 30, colour coding, 2 metre distancing, masks, marshalling, zoning, council applications- you name it, the metaphorical Covid regulation kitchen sink was chucked at us, but we got there, and we did it. 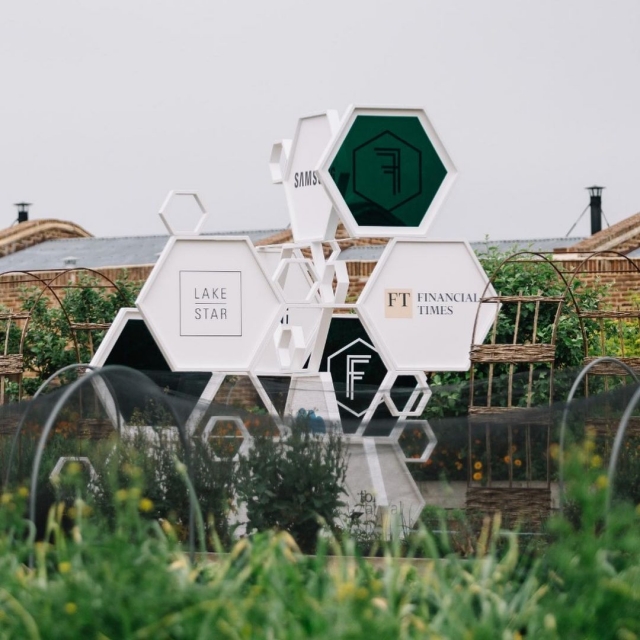 My team managed a project which allowed conversations of the future to happen. We all know ideas come from conversations, and good conversations are inspired by our surroundings, the people we are with, and the things we listen too. Our environment influences peoples’ behavior, so it’s undeniable the importance of getting the design, aesthetic, format, visuals, and communication right.

Today, the buzz was in the air (alongside a literal flying man Richard Browning aka The Gravity Man) which was heightened by what felt like a novelty of simply being in the same space together. As one guest said to me “it’s just so much easier speaking to an investor face to face, in person, especially in surroundings like this”. As much as we can track event impact and ROI, who knows at this point in time what deals have been done? What funds have been raised today? Which rising star will return next year? Or what idea has been planted between two top minds in the tech industry which could grow into a product that could affect all our lives forever. 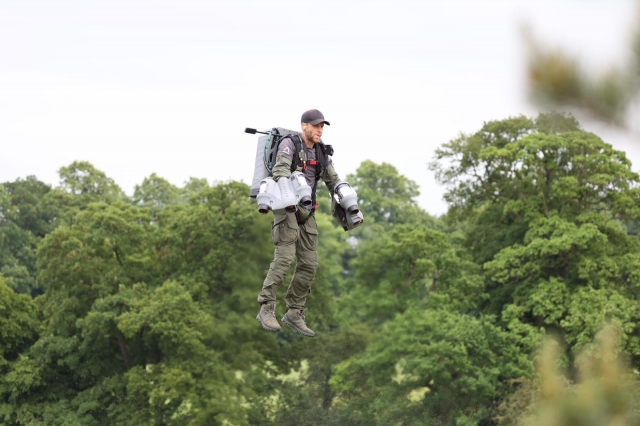 All I do know is that Marble, for Founder’s Forum, constructed a place for this to happen, aiding the connections and exchange of ideas that will further accelerate the UK in continuing to be a world leader in technology startups, funding and scaling up. At Marble our mission is to amplify human experience to challenge, influence and innovate, and today we did that. We are driven, and we adapt, all geared towards a common goal to achieve this mission. So after a year we have all had, today was certainly something to stop and take stock to celebrate.

All images courtesy of Founders Forum.