Cop27 Takeaways that Your Brand Need to Know

Cop27 Takeaways that Your Brand Need to Know

It’s been almost 30 years since the United Nations created the ‘UN Framework Convention on Climate Change’, when treaty nations agreed to “stabilise greenhouse gas concentrations in the atmosphere to prevent dangerous interference from human activity on the climate system”. Since then, 197 nation parties have signed on and come together for the annual ‘Conference of the Parties’ or COP. Let’s look at the outcomes of this year’s 27th conference in Egypt and what COP27 means for marketers and brands. 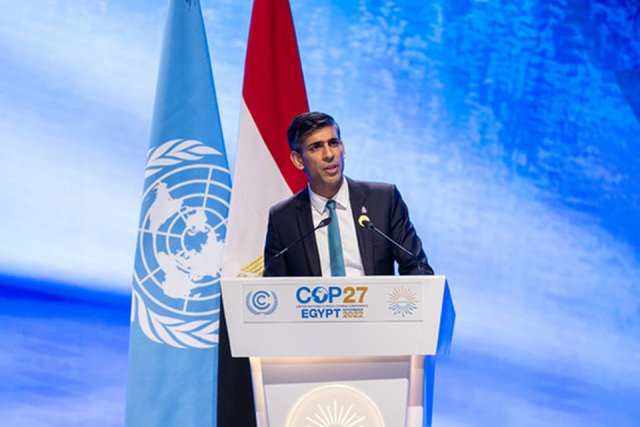 The purpose of Cop27

COP27 set out largely to move from climate commitments to climate action. While earlier conferences debated whether climate change is even occurring, if it was caused by humans and whether we could stop or slow it, the evidence has inevitably evolved COP’s agendas towards solutions – who is responsible for what by when and, finally, initiating actions.

It’s also been acknowledged that the undeniable effects of climate change are now being felt in many regions and ever more frequent disastrous weather events are evolving at an unprecedented rate. As a result, COP agendas have had to start discussing aid and adaptation for the planet’s most affected and vulnerable developing nations. As a sustainably certified experience agency that believe business is the biggest force for change, we are on a journey of continual improvement and understand that the amount of information on the outcomes of key events like this can be overwhelming. Read on for our key outcomes of COP27 and what they mean for your brand. In 2020, wealthier nation members committed $100-billion dollars of aid a year to assist developing countries experiencing catastrophic weather emergencies. As of 2022, that commitment still hadn’t been fulfilled. Flood defences, preserving wetlands, restoring mangrove swamps and regrowing forests are some of the pre-emptive measures nations need to take to protect against future climate-related disasters, however only 20% of the $100-billion in aid was ear-marked for such projects. At last year’s COP26 in Glasgow members agreed to double that percentage, but this year some parties moved to remove the commitment. After lengthy negotiation, it was reaffirmed.

So, where’s the money coming from? Everybody is looking to the biggest polluters (two in particular who – ahem – also happen to have the largest economies in the world) to ‘cough up’ for this aid initiative. But while one of COP27’s biggest achievements was broad agreement on establishing a global ‘Loss and damage’ fund, there was little-to-no progress made on exactly when, how or where the money will come from.

Another essential source of investment for renewable-energy and protection initiatives in developing nations is the World Bank. Al Gore attended the conference and continued to campaign for massive reform of the institution. He said:

“They need trillions not billions. They need to refocus their mission on renewable energy.”

Gore also highlighted the World Bank’s continued preference for funding fossil-fuel projects in developing countries – what he calls ‘fossil fuel colonialism’, as seen in the ‘dash for gas’ across gas-rich Africa – rather than investing in what they apparently consider higher-risk renewable-energy projects. 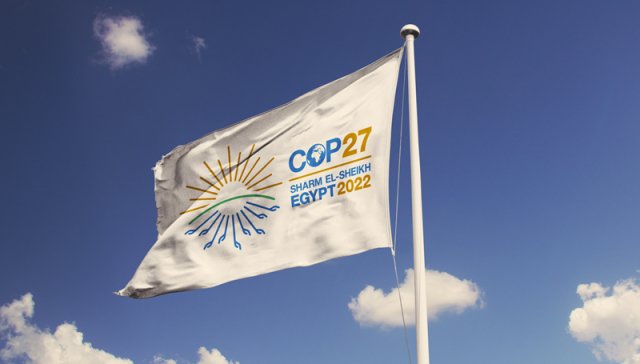 A positive outcome of COP27 was a statement formalising the need to boost low-emissions energy. According to UN definitions ‘low-emissions energy’ can be interpreted as anything from solar and wind farms to nuclear power-plants. It can also include coal-fired power stations with carbon-capture/storage and even gas. The latter might have lower emissions than coal, but it’s nonetheless a major fossil fuel. Obviously, as one source of energy is removed from the market (as hopefully each carbon-heavy fuel eventually will be) other energy sources take their place and so their demand – and therefore their price – increases. Several COP party members, particularly from Africa, happen to have large reserves of gas and this year they pushed to have gas greenlit as a ‘low-emissions energy’.

While COP26 finally saw a resolution to phase out the use of coal, this year, a group of party members led by India, pushed to have all fossil fuels phased out. The topic proved controversial and much of the conference’s debate and negotiation time (and energy) was spent on the topic.The India-led group eventually lost out on their bid to phase out all fossil fuels and the final resolution on this point included coal only.

Some members sought to remove references to the IPCC’s latest findings on “tipping points” this year, but it was eventually added to the final statement. The ‘tipping points’ reference warns that temperature increases will not occur in a gradual, linear fashion but that we could reach certain temperatures that will have self-fulfilling and rapidly escalating effects. Examples include the heating of the Amazon, which could turn the rainforest to savannah, transforming it from a carbon sink to a carbon source, and melting permafrost which would release vast quantities of the toxic greenhouse gas, methane.

As well as the ‘tipping point’ reference, for the first time, the COP’s final statement included references to food, rivers, nature-based solutions and “the right to a clean, healthy and sustainable environment” as being integral to future COP agendas. These are important words that suggest implications for manufacturing and farming, as well as healthcare and housing.

After the 2015 Paris agreement formalised two specific temperature goals – to keep the rise “well below 2C”, while “pursuing efforts” to keep the increase to 1.5C, revised evidence has demonstrated that a 2C rise would, in fact, be far from safe. As a result, members at Glasgow’s COP26 last year agreed to focus instead on the 1.5C limit. Disappointingly, COP27 saw numerous member nations trying to back out of the previously agreed on 1.5C goal. While that figure eventually remained in the final statement, to the dismay of many, a resolution to see emissions peak in 2025 was removed.

So what does Cop27 mean for brands?

The outcomes of each COP inevitably impact laws, government regulations, policies and laws all over the world – and the private sector will need to comply with and adjust to subsequent reforms and incentives.

But climate action is as much about statutory change as it is about shifting consumer attitudes. We may still be in an era of varying opinions on, and awareness of global warming, but as we see more frequent and alarming reports of weather-related catastrophes – and as each year’s COPs gain more significance and coverage as a result – public opinion on climate change and the need to respond to it is only going to intensify. Anyone still sitting on the climate change fence will soon be knocked off their high horse by floods, fires and food shortages.

There is also growing awareness and scepticism around the issue of greenwashing. Businesses and their marketers need to look at what meaningful change they’re making and how to communicate it. Glib statements around just ‘really caring for the planet’ and growing grass on the roof of the head office no longer cut it. With swelling numbers of climate-savvy consumers reaching record highs, brands need to deliver tangible facts and figures to make it clear their efforts are both genuine and effective.

As references to food, rivers, nature-based solutions and “the right to a clean, healthy and sustainable environment” are added to COP final statements, more avenues open up for businesses to instigate meaningful initiatives. Beyond supply chains, manufacturing and distribution of products and services, organisations can start expanding their understanding of corporate responsibility. Where and how do businesses source, produce, package and get their products to clients, but also how have they changed their product offerings? What are they doing for consumers and staff, but also what do they do with profits and what initiatives unrelated to core business do they take – simply because they can and because they see it as an opportunity as much as a responsibility?

The world’s focus on climate change and subsequent attention on the UN’s COPs is intensifying every year. Consumer demand on businesses to respond meaningfully and urgently has never been more palpable, with 64% of the public now holds them [business] accountable for helping to tackle climate change. Just as COP27 moved from ‘commitments to action’, we must also be moving from ‘green ideas and gestures’ to real, identifiable actions that tackle the climate emergency with urgency.