Brand activations in and around London

With valentines day just around the corner, the team were talking about when large chubby hearts descended across London during London Fashion Week 2018.

Brand activations in and around London

This installation by designer Anya Hindmarch, saw inflatable red hearts suspended over and floating within famous landmarks across the city. 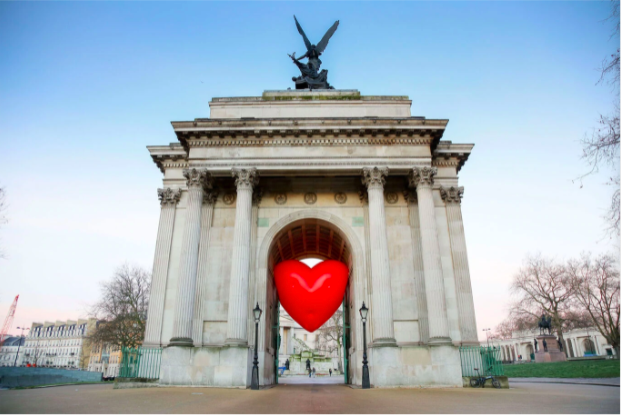 “I’m delighted to see the Chubby Hearts in the capital,” said London Mayor Sadiq Khan about the activation. “It sends a clear signal around the world that London is open to creativity and talent, and always will be.”

People were encouraged to follow the campaign on social media and share their own photographs of the hearts in tribute to London using the hashtag #CHUBBYhearts. This artwork was inspired by and used to promote Anya’s Spring/Summer 2018 collection, which featured plump, cartoon-like bags. 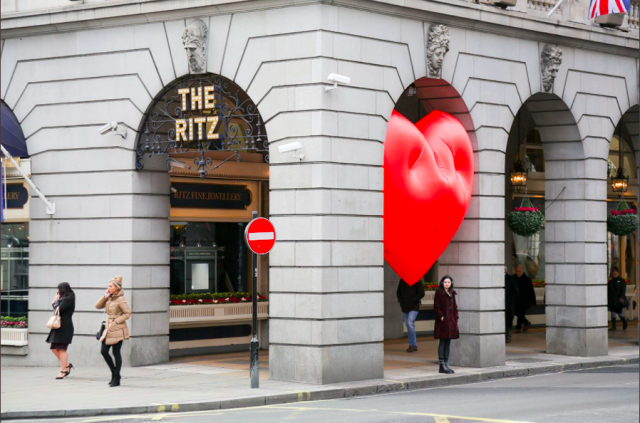 Anya seems to fully understand that creating large scale interaction, is a great way of generating awareness and helping brands to build long-standing relationships with their audience by giving them an opportunity to fully engage with the brand. As well as the chubby heart activation which Hindmarch described as her ‘love letter to the city of London’, the designer was also behind the World’s Biggest Beanbag Installation, ‘Chubby Cloud’. 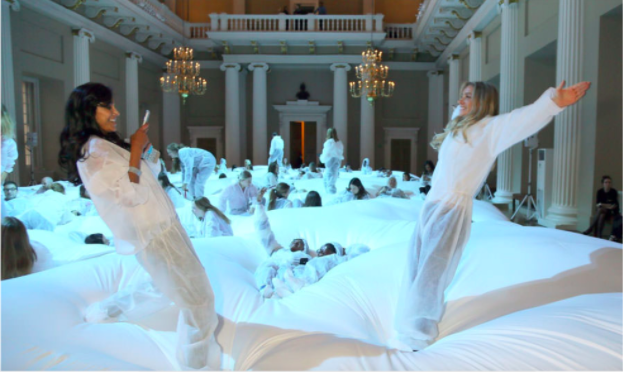 During the 2019 London Fashion Week, Anya installed a giant cloud-shaped beanbag in the main room of the Banqueting House – a neo-classical 17th-century building in Central London.

The ‘Chubby Cloud’ was placed in the room, where over 2,000 people attended across three days. Guests who were dressed in protective white boilersuits were invited to hop aboard the pillowy structure, making the experience fully interactive. The beanbag was big enough to hold up to 90 people at a time and was described by Hindmarch as the largest beanbag in the world.

The activation concept began with the cloud motif on Anya’s latest collection of bags and accessories. These clouds were transformed into a truly immersive large multi-sensory experience, with guests able to lie back on the cloud and listen to talks from an Oxford professor on the circadian rhythms of sleep as well as celebrities reading stories and live music Eric Whitacre Singers, perched on the balcony above the cloud.

At the entrance of the room was a tiny temporary store that, Hindmarch reported, sold at least as much on its first day open as her permanent Bond Street store does. There was also a pop-up café and shop that sold bespoke products, including cushions, eye masks and marshmallows accompanying the installation.

The designer said afterwards: “It’s important to speak to your customer. Today, you can do everything in your own home, on your computer. But I think people are craving experiences like this. It’s a new direction for us, and I’m feeling my way through it rather than thinking it through—but it feels right.”

We agree that installations like these help you connect with your audience on another level and improve brand awareness. They help build lasting memories and relationships with people and often appear when people are not expecting to be marketed to.

At Marble, we work across all aspects of marketing, from events to branding and even AR, VR and audio reality. Our whole philosophy centres around providing the ultimate experience for your audience and building deep, meaningful connections with them.

So, if you’d like to learn more about how we can help create activations for your brand, get in touch with our team today – we’d love to hear from you!