Behind the Scenes at Boden AW21

Behind the Scenes at Boden AW21

In the latest series of Boden events, Marble took over the stunning neoclassical venue Pitzhanger Manor & Gallery, transforming it from an empty hall to an authentic and aspirational space representing the Boden brand. We were tasked with conceptualising and designing the annual Boden press preview; an invite-only virtual event where the AW21 collection is showcased to contacts in the fashion industry from across the world. Since 2018, we’ve designed 5 original campaign concepts for Boden’s press previews, and this was our second virtual project with them. Go behind the scenes and see how we went from a vision to a living, breathing virtual platform… 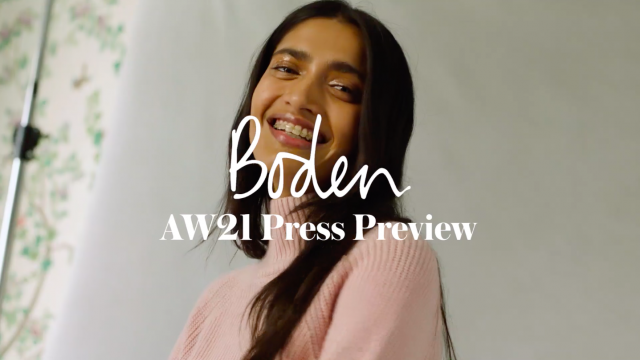 Following on from the previous virtual press day, a first and a huge success for the Boden team, we were brought on again to replicate this for their AW21 collection. We designed and setup the space, filmed the press preview content and then hosted the press preview on our bespoke virtual events platform; where invite-only press gained a first glimpse at the AW21 collection during the virtual event streamed a few weeks later.

But ultimately, the first step in our conceptualisation process with Boden was to understand the new collection, as the clothes are central to the event and therefore to the brand. The AW21 collection was filled with traditional British frills and collars, statement prints, and warm autumnal patterns paired with bright and bold stand-out colours. In order to emulate – but not overpower – the collection, we chose a number of complementary furniture pieces to assemble in the space. We ultimately wanted the set to be aspirational, where the audience would feel welcome to sit and chat about the garments with the Boden team.

With three stunning arch windows on either side of the exhibit hall, our team needed to think about how we could create ‘areas’ for our film crew to move around in. 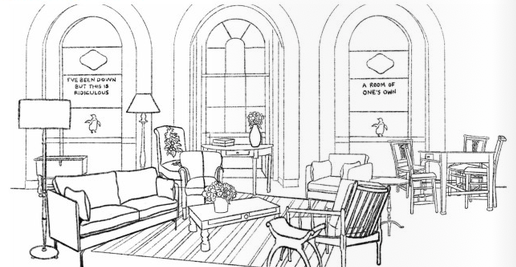 The first was a cubby area in front of the fireplace, where we placed a dusky pink velvet armchair, rust red sofa, some statement lampshades and a vintage coffee table, scattered with vintage books and spring flowers in copper vases. Because it was intended to be authentic, no two spaces in the venue looked the same; there was no symmetry intended in the creative design.

Another stand out area for us – and continuing on the overarching theme of a Boden Book Club – were the statement vintage prints, designed and illustrated from scratch and authored by Boden’s founder. These really framed the set and brought the warm colours of the furniture to life.

We had 4 unique prints for the womenswear collection, and four for the Mini Boden childrenswear collection, all taking a theme from a classic children’s tale. It added a special personalised touch to the space, and the Boden team couldn’t wait to take the prints back to their office! 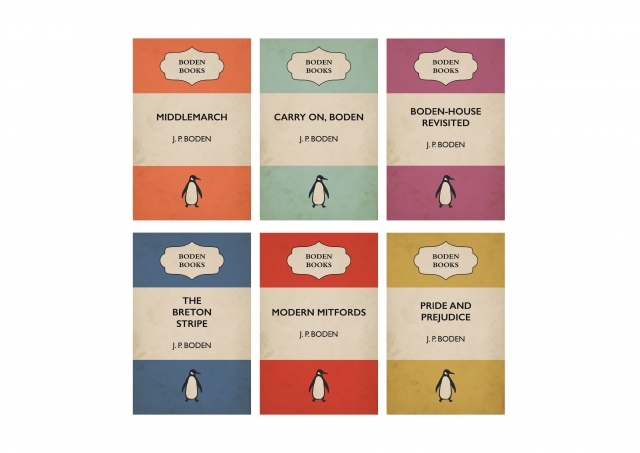 The team set up the fresh living area for the AW21 press preview, and within a half hour timeframe, we had to transition the space into a childrenswear-themed room. The site crew built an eco-friendly castle and laid out vintage props including rocking horses and airplane models to give it a distinctly playful look, but still in keeping with the style of the previous space. The concept here was that the children had run in from playing outside and disturbed the tranquil peace of the original set.

Laying out sketchbooks, collar frills, and sewing kits, we also created a dining space where part of the press preview was filmed. Doubling up later as a children’s arts and crafts table, this was where Boden’s Design Director explained some of her design choices in the latest collection, and acted as a soft but beautiful backdrop to the press preview.

The film involved a mix of scripted and off-the-cuff conversations between Boden’s most important figures, chatting about the collection and their commitment to sustainability in a way that invited the viewers to make a cuppa, sit down and relax along with them. Our fresh set design, then, was paramount to the soft iconic and classic feel that the Boden team intended to create on camera. 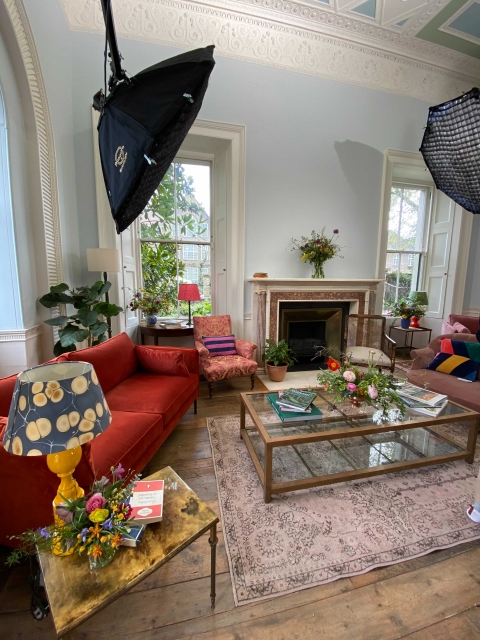 Leading the project was Marble’s Account Director Zanna, a real brand communication hero and patron of Boden – having worked with them for the best part of 4 years. As well as managing the project schedule, we also had to take into consideration Covid restrictions and created a testing site at the venue itself in order to protect the crew. This involved more logistical problem-solving, but in the end all ran incredibly smoothly. Being one of the first on-site events – although still not completely open to the public – since the start of the pandemic made the press preview even more special.

On the final day of filming, Boden’s team shot their new collection for their AW21 Lookbook, taking advantage of the stunning setting at Pitzhanger Manor (and of course all the clothes on site waiting to be worn!) The room chosen for the Lookbook shoot also had stunning hand painted wallpaper on the walls and ceiling – amplifying the classical look that we wanted to create for Boden.

A photographer and videographer worked together to shoot 22 stunning stand-out looks from the collection, creating a hub of visual content that we also used as part of the press preview video. 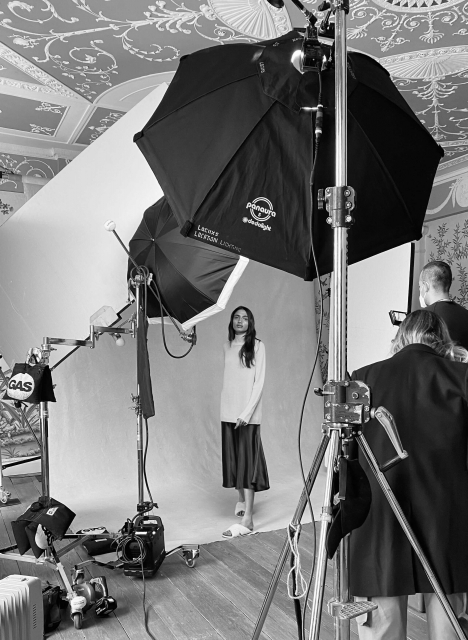 We’ve thoroughly enjoyed working with Boden on their last 5 campaigns, bringing each press preview vision to life; from building a ‘world above the clouds’ for their dreamy SS21 collection, to building tipis at Elms Lesters Painting Rooms for their AW19 Press Day – and we’re always ready to evolve and grow the project from physical to virtual depending on the challenges we’re faced with at that time.

In the future, we’re expecting to incorporate more hybrid events into our projects – combining the pros of both physical and virtual events – for example the bigger audience reach with a virtual solution, and the experiential features of a physical project. To read more about Marble’s virtual platform, click here.