A history of Black music

If you read our last article and joined us in celebrating the origins of some of the most iconic music from Black artists, you’ll know we’re on a journey to appreciate and understand the history of Black music in Britain.

Last time, we looked at the rise of Hendrix through the lens of the venues he played at which helped throw him into the spotlight in 1966. Venues are indeed very important in providing a backdrop for the rise of a cultural force like Black British music. As well as those venues which host regular club nights and allow a scene to grow organically there are those – such as the aforementioned Scotch Club – which are home to legendary one-off performances. One such venue is the Crystal Palace Bowl, which was where Bob Marley and the Wailers played their last ever London concert on 7th June 1980. As well as being their last gig in the capital (Marley sadly died less than a year later, in May 1981) it is believed to be their biggest, and the first time Marley played a live, acoustic-only version of the classic ‘Redemption Song’. 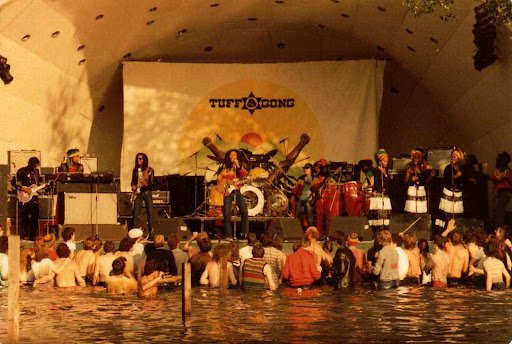 Concerts and club nights are one thing, but for a type of music to truly become an integral part of the culture it needs to be pumped directly into people’s homes and workplaces. In the pre-digital era this meant two things – radio broadcasts and recordings. In terms of radio broadcasts, acts like Skepta and So Solid Crew first came to the attention of many people via sets played and broadcast on pirate radio stations such as Heat FM 96.6 and Delight, but the leap into the mainstream took place in 1990, at Trinity Gardens, Brixton, which was home to Choice FM, the first 24 hour, fully licenced black music radio station in the UK, broadcasting to listeners across South London.

In terms of recorded music, the person usually given credit for first importing the sounds of Jamaica to the UK in the 1960s is Chris Blackwell, founder of Island Records. There’s no doubt that Blackwell was incredibly influential in terms of popularising Jamaican musical forms such as reggae and ska, but he wasn’t quite as fast out of the blocks as George ‘Peckings’ Price. George originally set up a sound system in Kingston Jamaica – featuring names as impressive as Lee ‘Scratch’ Perry and Prince Buster – and then moved to London in 1960. He was soon supplying music to fellow immigrants who missed the sounds of home, and by 1973 was able to open the Peckings Records shop in Shepherds Bush, catering to music lovers of all races and creeds. After George died in 1994 his sons Tony and Trevor took over the running of the shop with Chris, the third brother, branching into music production and creating the Peckings Records label.

In the third part of our series, we’ll be looking back at the Black British music scene in London discussing who was responsible for driving a hugely diverse wave of music, ranging through genres such as soul, hip-hop, rock, jazz and reggae. We’ll also peer into the future of Black British music in the shape of the Marble Music artist who’ll be making the music history of tomorrow. Stay tuned for more…

You can find resources, articles and information about Black History month on the official website, here.