A history of Black music

Black History Month is an important event in our annual calendar, and should be part of yours too. For music lovers like ourselves, it’s a time to look back, celebrate and recognise the achievements of some of the incredible Black artists in times gone by. As an ode to some of our favourite of those artists, the Marble Music team will be starting a series of blogs looking back at the Black music scene through the ages, travelling through stories of jazz, rock and roll, reggae, soul, rap, house and grime.

Classical influences permeate many genres of music, and therefore it’s interesting to look back at some of the ancestors who influenced the kind of beats we tap our feet along to even today. One of these ancestors is Winifred Atwell, who moved to London from Trinidad and Tobago after the Second World War and studied piano at the Royal Academy of Music. Not only a pioneer of Black music, she was the first female to be awarded the highest grade for musicianship at the Academy. She went on to become a recording star during the 1950’s, releasing ragtime and boogie-woogie songs such as Let’s Have a Ding Dong and The Poor People of Paris, and is believed to be the first black artist in Britain to sell a million records. 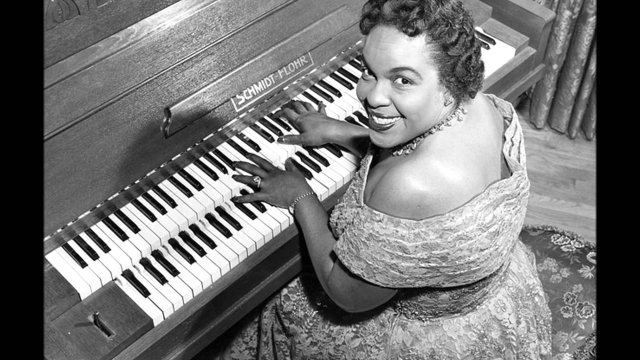 As someone who migrated to London to forge a career and make her name, Winifred Atwell was emblematic of the first wave of black music in the UK, something which can also be said, albeit more obliquely, of Jimi Hendrix. After his career failed to take off in the US he travelled to London and played his first gig on 26th September 1966 at The Scotch of St James. The impact of his guitar virtuosity was such that he’d released his first single, Hey Joe, by December of 1966, the start of a run of critically and commercially successful music that was only stopped by his tragic death four short years later. Anyone wishing to make a pilgrimage to The Scotch of St James should also pay a visit to the flat at 23 Brook Street, W1, which is marked by a blue plaque and is the only recognised residence for Jimi Hendrix in the world. 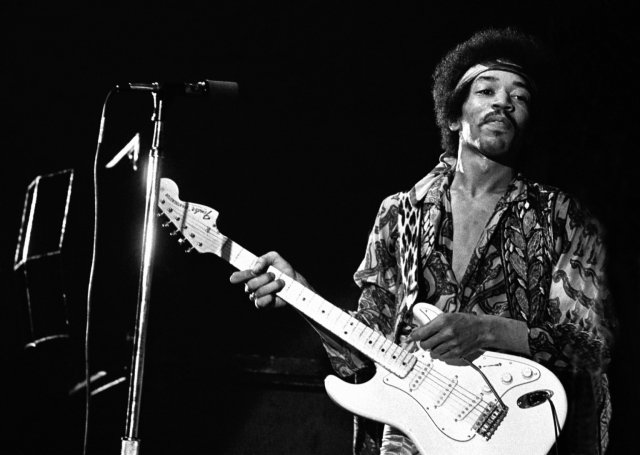 Places like the Scotch Club and the flat Hendrix lived in help to underline the role which geography plays in any exploration of the history of black music in London. These places range from the obvious, such as Notting Hill, to 50 Carnaby Street. The former is, of course, home to the Notting Hill Carnival, which started life as a community street festival in 1966, grew to attract 100,000 people by 1974, saw the introduction in the UK of static sound systems pumping out Jamaican reggae, dub and ska, and now attracts as many as two million people every year. 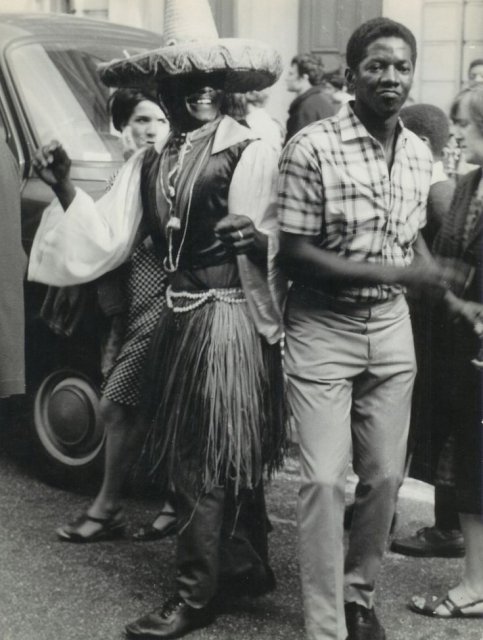 50 Carnaby Street, on the other hand, was home to Florence Mills Social Parlour, a Jazz club founded in 1935. A venue of this kind was vital in enabling Black British music to operate independently, and saw the debut of London’s first steel band. Clubs of this kind have always played a vital role in maintaining the grass roots development of Black British music in London, providing a platform for genres such as grime and allowing them to build an audience and an infrastructure which would lead, in time, to more mainstream success.

In the second part we’ll be looking more at Black music for the masses, as well as the revolution of radio and how this paved the way for the first fully licensed Black radio station.

You can find resources, articles and information about Black History month on the official website, here.